Streetwear’s dictionary definition is simple enough: fashionable, casual clothes. But that definition underplays what has become a multi billion-dollar retail phenomenon, with roots in countercultures of the 1980s and 1990s, including graffiti, hip-hop, skate and surf.

In essence, streetwear involves the production, promotion, sale and resale of casual fashion, principally of footwear, such as sneakers, but also T-shirts and other items – in ways that bypass traditional retail channels, often subverting the way the fashion industry has long defined and dictated how “cool” is made profitable. The audience, and therefore the target market, is very young: mostly under 25.

The communities that originally led streetwear were largely male dominated, and as such the style was originally adopted and driven by men, depicting traditionally masculine looks. In the beginning, streetwear was simple and an antidote to the elaborate, complicated styles that were in fashion at the time. The formula was straightforward: people wore T-shirts and hoodies because that’s what they liked. This uniform was tied to both comfort and self-expression.

Pioneers of the movement include James Jebbia, founder of skate brand Supreme, and Shawn Stussy, founder of surf brand Stüssy. Designer Dapper Dan played a pivotal role in elevating streetwear to luxury as early as the 1980’s out of Harlem, New York, creating styles for hip-hop artists who were shunned by traditional luxury brands at the time.

While the movement has roots in California and New York, other early adopters like Hiroshi Fujiwara and Nigo, both influential DJs and designers, were largely responsible for pioneering the street style and hip-hop scene in Japan in the 1980s. Like other major cultural movements, streetwear quickly rose simultaneously in major cities and regions throughout the globe. 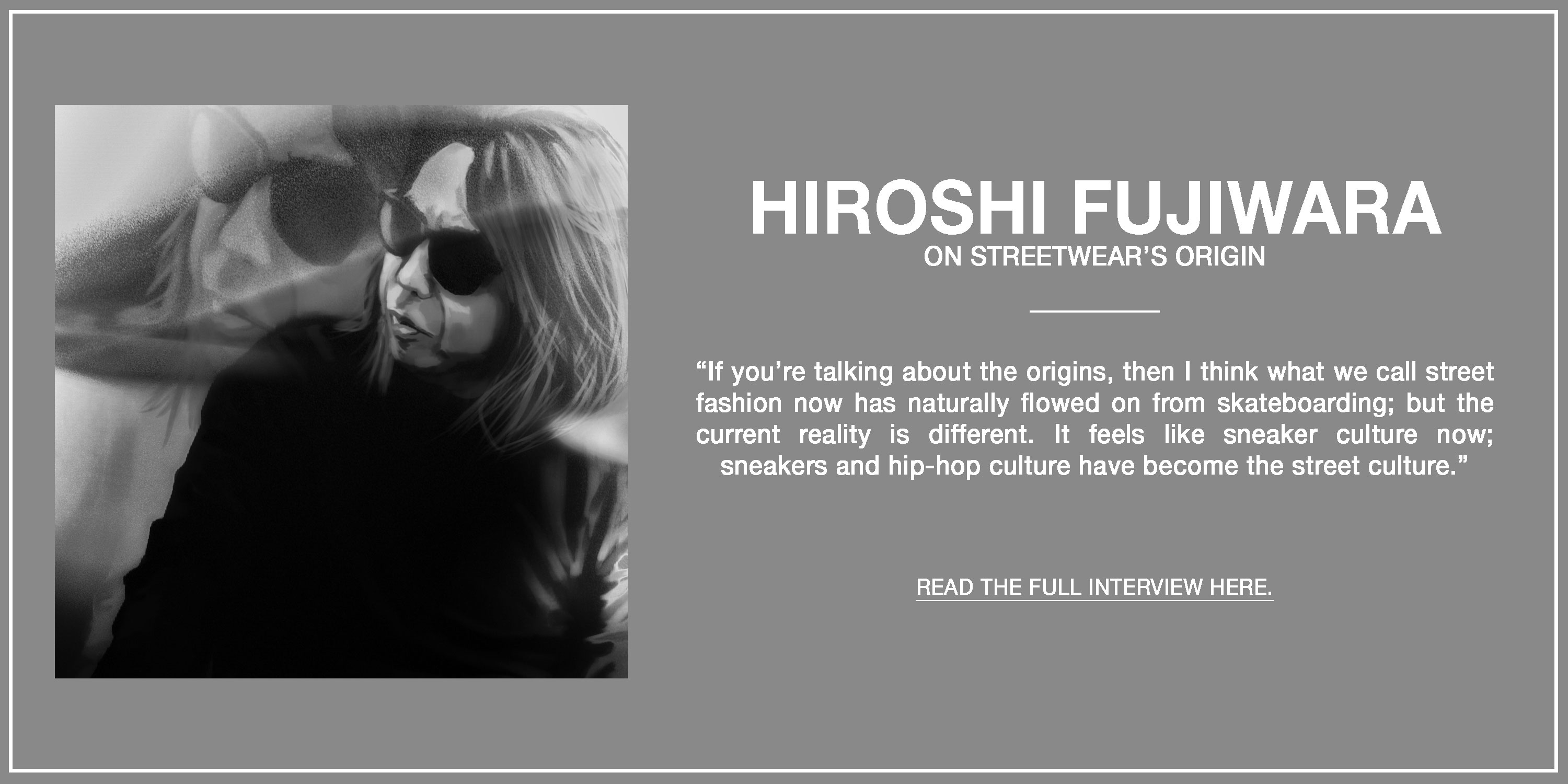 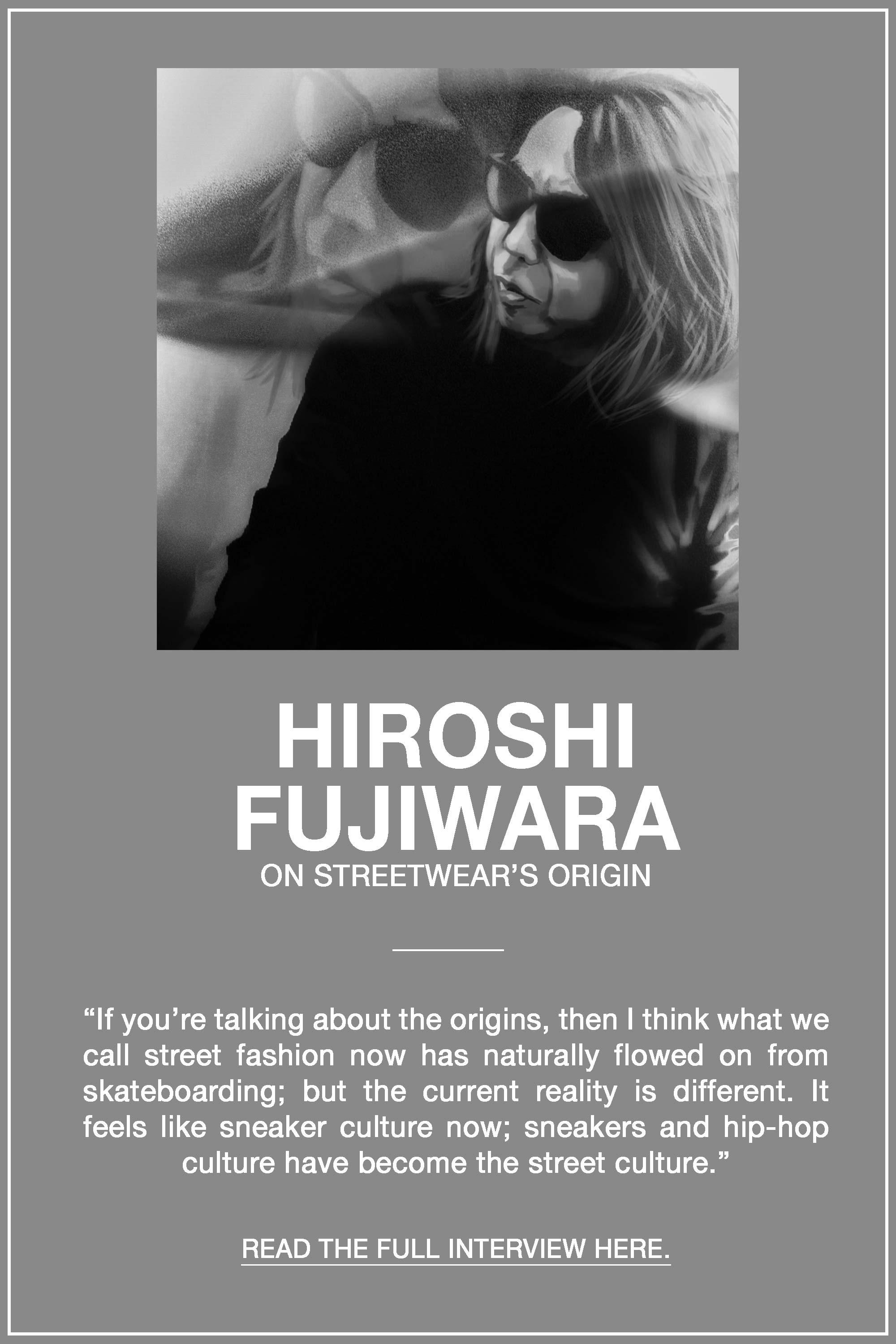 And, like any major cultural movement, streetwear has not risen in a vacuum. Streetwear should not be viewed as a trend within fashion, but as the fashion leg of a larger shift that has given power to popular culture spanning fashion, art and music, and which is largely driven by black culture.

The mindset that drives this popular culture shift appeared as early as 1960s, when Andy Warhol questioned what constituted contemporary art. In the 1970s, artists such as Jean-Michel Basquiat and Keith Haring extended this conversation to street art, challenging traditional notions of who could access art and who it was for.

Hip-hop and rap similarly promoted a raw form of music motivated by rule breaking and finding art and sound in unconventional ways. Streetwear is analogous to an artist’s street art or a hip-hop artist’s lyrics: picking a spot and dropping a signature.

This level of authenticity is unmatched elsewhere in the fashion industry, which has typically operated through a top-down effect. Insiders act as the gatekeepers to the newest styles and trends. Streetwear has subverted this formula with a more democratic model.

With streetwear, the tastemakers are not only taking direction from style that comes from the streets, they are taking direction directly from the audience. It’s the consumer who has the power to determine what’s cool as much as the industry insider. The muscle of traditional fashion institutions – such as print publications and revered editors – has dwindled, while the opinions of general audiences have gained weight.

Streetwear derives its staying power from merging the original codes of luxury fashion with something new. Our consumer survey findings revealed that most (70%) consumer respondents like streetwear because it’s cool, while more than half (57%) consider comfortable clothes to be a key factor. Additionally, close to half (46%) place importance on exclusivity, while around a quarter value status symbol (27%) and community (24%).

While a brand’s coolness, exclusivity and status symbol have long been integral to fashion, streetwear introduces new key players: comfortable clothing and community. The exclusivity that drives streetwear, meanwhile, is driven more so by know-how than financial capacity to purchase. For brands, tapping into this in-crowd mindset poses the highest barrier to entry.

Each streetwear brand’s value is derived from a range of sources, including product quality and design, celebrity followers, musicians and artists. But, arguably, no factor is perceived to be as important as authenticity, garnered by relating directly to the customers buying the products.

Key moments in the industry have signaled streetwear’s growing dominance. In 2017, a collaboration between Supreme and Louis Vuitton marked a turning point for luxury fashion’s awareness of streetwear. Vuitton appointed Virgil Abloh, a lauded streetwear designer, as creative director of menswear in 2018. Elsewhere, large-scale investment in streetwear has become increasingly common, headlined by Supreme’s sale to The Carlyle Group in 2017 for an estimated US$500 million. Other streetwear brands, such as Japan’s A Bathing Ape (BAPE), received investment as early as 2011. In 2018, footwear retailer Concepts struck a deal with Amazon-owned Zappos and Stadium Goods received backing from LVMH.

What began as a niche culture – literally starting with the printing of logos on T-shirts – is now a primary driver in the fashion industry, adopted by all genders and stretching from luxury to mall brands.

The current state of streetwear can be defined in four key ways: