How (much) the consumer spends

The streetwear consumer demands a hybrid of affordability and exclusivity. New York-based skate brand Supreme, viewed by many as the most influential streetwear brand in the world, has perfected this model, with prices that remain accessible to budget-conscious shoppers despite the ultra-high demand for the brand. Most Supreme graphic T-shirts, depicting visuals or text, range from $38 to $48, while the most coveted items – such as the box logo crewneck, a plain T-shirt depicting only the Supreme logo – cost as much as $158.

Relatively low retail prices give consumers of varying financial means an opportunity to buy, while high demand for the product feeds into the resale market, as product hits the secondary market at inflated prices. For example, Supreme box logo crewnecks that originally sold for $158 resell for a minimum of $500.

About 70% of respondents in our global consumer survey reported an annual income of $40,000 or less. Still, these consumers are eager to shop. Just over half (54%) of consumers reported spending $100-$500 on streetwear each month, while another 18% indicated they spend over $500.

A high percentage – 56%, according to our survey – reported spending an average of $100-$300 on a single item of streetwear. Another 16% reported an average spend of $300-$500. Only 8% of consumers said they would buy items priced at $500 or more, meaning high-priced luxury items are out of reach for many of the streetwear consumers who participated in the survey.

Almost half (49%) of industry respondents said their customer’s average monthly spend was $100 to $500, which was in line with what consumers reported. These results point to the the ideal margin for targeting the streetwear audience. Many Supreme goods sit inside this sweet spot.

A high proportion (62%) of consumer survey respondents indicated they believe streetwear products are always in style, while another 22% believe streetwear stays in style for at least one year, marking a product lifespan that’s much longer than traditional fashion items. With the season-less styling of streetwear, brands are able to sell similar items year round, with new styles occasionally introduced seasonally.

This timelessness affects the frequency at which shoppers purchase new streetwear goods. Close to half (45%) of consumer respondents indicated they purchase streetwear items once a month, while a third (35%) reported buying products only once every three months. Streetwear consumers are seeking affordable clothing to whet their appetites each month, selecting items for their versatility and scarcity.

The general appeal of sneakers and shoes helps to explain footwear’s strong showing. This sector is powered primarily by big players (Nike, adidas, Puma etc) and plenty of smaller labels, bolstered by constant variety (endless collaborations), extreme versatility (shoes can be worn with all manner of clothing) and relatively affordable price points in comparison to luxury clothing.

In contrast to consumers’ reported desires, industry respondents overall reported hoodies, T-shirts and footwear to be their best-selling products at an equal rate. However, when looking specifically at luxury streetwear brands, a higher rate (72%) reported sneakers as their best-selling products, compared with 58% for hoodies and T-shirts. Companies who tactfully introduce sneakers to their product offering can meet the consumer’s demand and enter this market.

Hoodies, T-shirts and shoes remain the most desirable streetwear goods, with no limit to their wearability. These items can be worn year-round, in nearly all weathers and environments. Not only are they comfortable, they also function as blank canvases for the printed and embroidered graphics that inform streetwear clothing.

Despite the versatility of T-shirts and hoodies, the sheer variety of brands producing these goods ensures there’s a constant glut in the market. Although one can fairly assume that these garments will never lose their universal appeal, it does make for a great deal of competition. Therefore, it’s less surprising that consumers elect to purchase footwear over hoodies and T-shirts, as the latter lack the inherent collectability of shoes.

Outerwear often retails at too high a price to be a regular purchase, and may be limited to seasonal use, while accessories and perfume – generally regarded to be big money makers for brands due to low cost and premium pricing – were far less desirable to consumer respondents in our survey. Sneakers have stepped in to take on the role once held by accessories and perfume.

The appeal of sneaker comes down to its universality, combining elements of design and nostalgia. To some, a sneaker represents affiliation with a sports team or childhood memory, while to others it’s a representation of their personality. Sneakers are accessible at a range of price points and as such serve as a common denominator across demographics and a bridge between cultures. 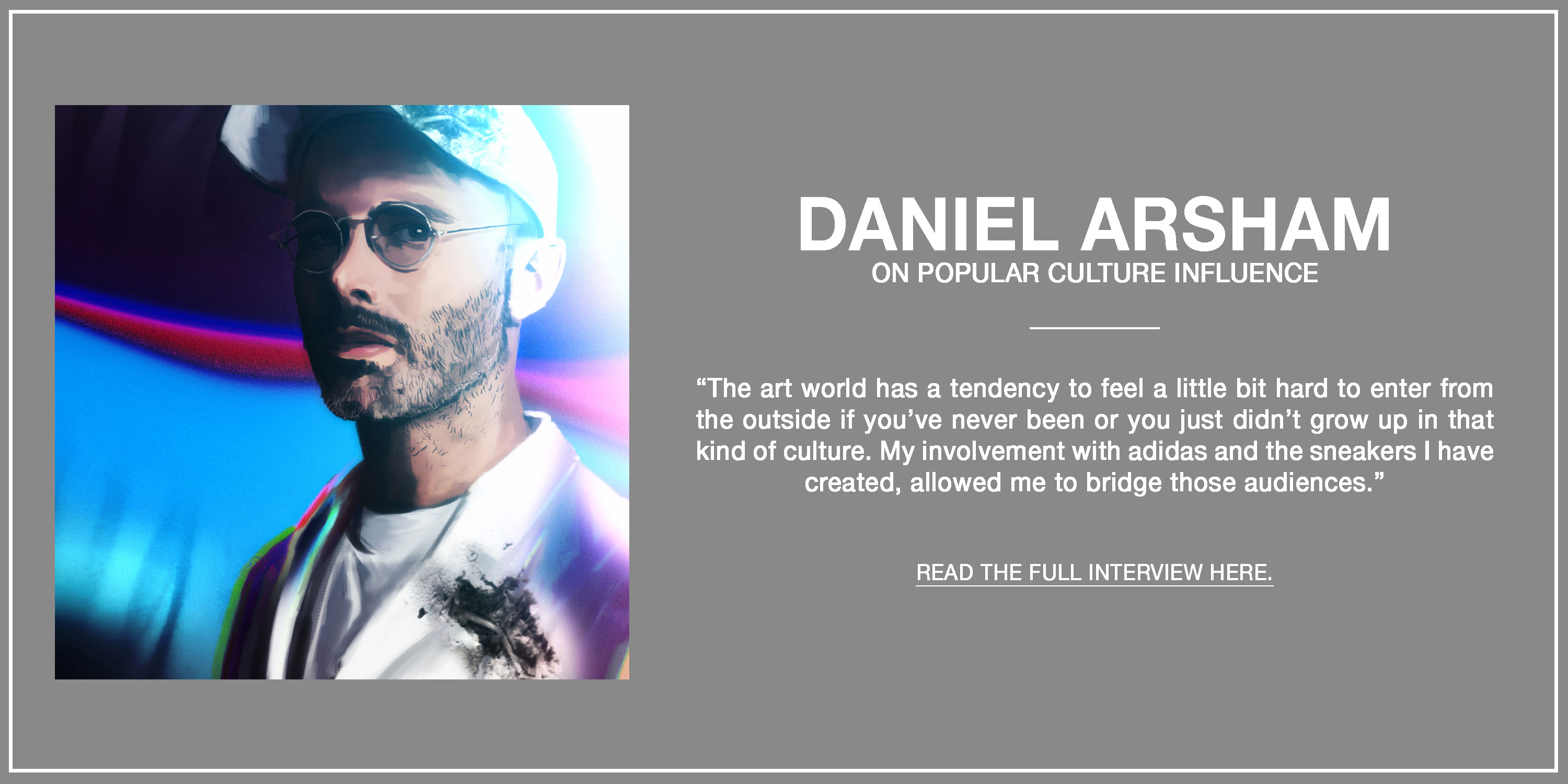 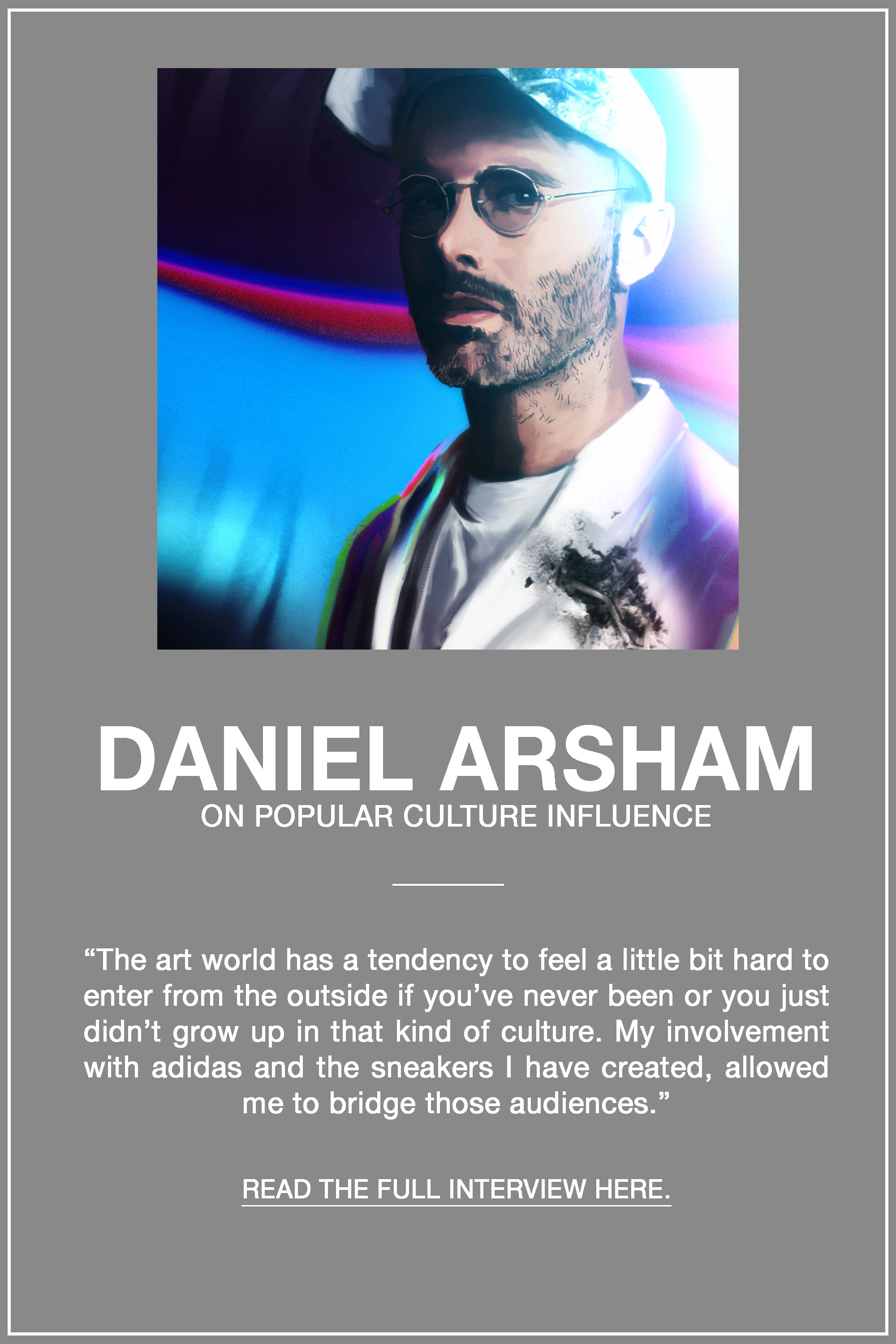 The majority (80%) of consumer respondents indicated that hip-hop/rap music was a major influence on streetwear, while almost half pointed to contemporary art (42%) and sports (40%) as influences.

And so when it comes to where streetwear followers get their style inspiration from, they want it straight from the source: musicians. A majority (65%) of consumer respondents said they regard musicians as the most credible figures in streetwear, ahead of just over half (52%) who elected industry insiders and only 32% who selected social media influencers.

When asked which factors are most important for brands, the majority (63%) of consumers indicated brand legacy, which was second only to product quality and design (81%). Another half (48%) of respondents indicated a brand's creative director was a top factor while only 31% of respondents said social media.

These results point to streetwear’s biggest influence: authenticity. Human interaction and influence are of more value – provided the person giving the information has a clear cultural authority – than a nameless digital source. Though consumers value a product’s quality and design, they crave interactions with brands, friends, influencers and creative directors who have deep roots and knowledge in the community.

The top five brands that consumers ranked as most emblematic of streetwear, such as Supreme, Nike and BAPE, have been serving the streetwear community for decades. The only outlier is Off-White™, which launched in 2012. However, its founder, Virgil Abloh, has a long history of working with the likes of musician Kanye West, giving him valued roots in the music and fashion worlds.

Brands that have not been in the streetwear sector for many years will struggle to connect with that customer base, no matter how stylish their product. Rather than intimate knowledge of clothing design and construction, streetwear consumers generally possess a deeper appreciation for the history of the market and brand positioning.

The concept of authenticity trickles down into consumers’ desires for their shopping experiences as well. Availability of product was the most important factor for consumers choosing where to buy streetwear, both in store and online, above factors such as diversity of product. Access to hyped products conveys a retail outlet’s knowledge and prestige within the sector and thus deems it an authentic streetwear retailer.

The streetwear consumer is ultimately extremely discerning and responds to authenticity and brand legacy. Brands are aware of this, with the vast majority (81%) of industry insiders saying authenticity is the most important factor for companies to succeed in the streetwear market – second only to strong design (89%).

The differences reflect the changing face of streetwear. Among the demographic where streetwear originated, community still carries great weight. As the style has been adopted and exported to new markets, interests have shifted. In these new markets, the average spend on streetwear is also significantly higher.

These insights highlight streetwear’s current market segmentation and more importantly, streetwear's ability to sell. The young, hungry consumer who is part of the on-the-ground community that drives streetwear's brand of cool is not necessarily the same consumer who spends big on streetwear-inspired products.

Instead, our survey results reveal that in newer markets to streetwear, the characteristics of the movement more closely mirror the traditional fashion market: product has a shorter lifestyle, community takes a back seat and spend is significantly higher.