Streetwear is founded on a democratic and counterculture mindset that goes hand-in-hand with social media. This mindset – combined with streetwear’s regular supply of new product, relative affordability and an aesthetic based on the real world rather than the runway – means streetwear is built for social media in a way that mainstream fashion simply is not.

While traditional and mainstream fashion brands have had to learn to adapt to a new language of internet culture, the streetwear community was already there. In the early days, streetwear fans were interested in fashion that wasn’t covered by most mainstream publications. As a result, well before the popularization of social media, streetwear fans were developing online communities of their own.

In the early 2000s, before the rise of platforms such as Facebook and Instagram, forums such as NikeTalk, BapeTalk, Strictly Supreme and ISS/Sole Collector were crucial for streetwear consumers to collect information on new drops, share images of their collections, and buy and sell product. While forums have died out, this mode of communicating digitally has remained.

When reporting which online platforms they use to gather information on streetwear, nearly all (96%) of our consumer respondents cited Instagram, followed by YouTube (42%). Just 16% of consumers reported they still use forums.

Unlike traditional luxury fashion, when it comes to purchasing original streetwear clothing knowledge is needed – not just money. And it’s the collective community that has the power to determine what’s cool as much as the industry insider. With social media, that relationship has been amplified. Consumers may rely on brands and media platforms to create the product and convey the news, but it’s consumers who organically spread the word through likes and shares.

What’s changed between streetwear’s forum roots and its current Instagram dominance is that everyone else is using Instagram – itself a type of forum. The fragmented nature of early forums meant users were able to foster independent communities built on niche interests; internet users who weren’t already looking for specific streetwear forums wouldn’t likely come across them. Instagram, on the other hand, brings everyone together on the same platform.

Up until now, all major streetwear-report-social-media-instagram platforms – Myspace, LiveJournal and, more recently, Facebook and Tumblr – have fallen from dominance into a period of decline. Whether or not Instagram continues to maintain the power it has now, it is the democratic nature of online communication that streetwear has cultivated and mastered, not merely the platform itself.

Industry insiders recognize that consumers are turning to their peers for inspiration as much, if not more, as they are to fashion leaders.

When asked where their customers find inspiration, industry respondents reported social media (88%) as the top source, followed by the street (74%) and then friends or word of mouth (52%). That outweighs the amount who reported digital (47%) and print (16%) fashion publications as sources of inspiration for customers.

The duo behind Instagram account Diet Prada, Tony Liu and Lindsey Schuyler, for example, have grown their following to more than one million thanks to their critiques of the fashion industry's knock-offs. Previously anonymous, the account’s creators have partnered brands such as Gucci for Instagram takeovers, and regularly attend major fashion shows alongside buyers and magazine editors. Their power in the industry derives from their knowledge of fashion as well as their ability to reach tens or even hundreds of thousands of users with a single post.

But unlike traditional advertising or marketing, social media only functions if the audience actively responds and engages. Even though the majority (84%) of consumers reported social media as a source of inspiration, only 31% reported that a brand’s social media presence was an important factor in its streetwear relevance.

Consumers want to feel connected to brands in a general sense, and they are critical of the ambassadors a brand works with. A majority (70%) of respondents said social issues were important to them and more than half (59%) said brand activism was important, while another 27% said it was somewhat important. Almost half (47%) of respondents reported they were likely to stop purchasing items from a brand due to inappropriate behavior from brand representatives, while another quarter (25%) reported they were somewhat likely to stop purchasing from a brand.

Brands know they need to connect with their customers on a personable level, with a majority of (78%) of industry respondents saying influencers or testimonials were important sales and brand image. Half (52%) of industry respondents reported spending 26-75% of their marketing budget on influencers, while another 40% reported spending up to 25% of their marketing budget.

Brands need social media to communicate with their customers, but they need channels other than their own to spread the word. The average consumer needs name-brand products to boost their social media presence as much as the brand relies on those consumers to share their products across their feeds. For example, if a popular user posts a picture of themselves wearing a sold-out product, likes and comments from their followers can drive further resale of that product.

Important streetwear figures carry shifting influential weight to different groups of consumers, but they’re not the only sources from which shoppers gain inspiration. While the vast majority (84%) of consumers take inspiration for streetwear from social media, more than half (56%) of respondents reported taking inspiration on the street. This sort of word-of-mouth presence trickles up, as both the people wearing interesting things around town and the famous influencers sway the purchasing habits of the big spenders.

This presents a challenge for brands. They need to get their message out to consumers through social media, as that is where, by and large, today’s consumers turn for inspiration. But, as always with streetwear, it needs to be authentic. Consumers aren’t responding to figures who have made their name purely from Instagram followers or likes; instead they respond to people who have a demonstrated cultural influence outside of social media, for example artists and musicians. 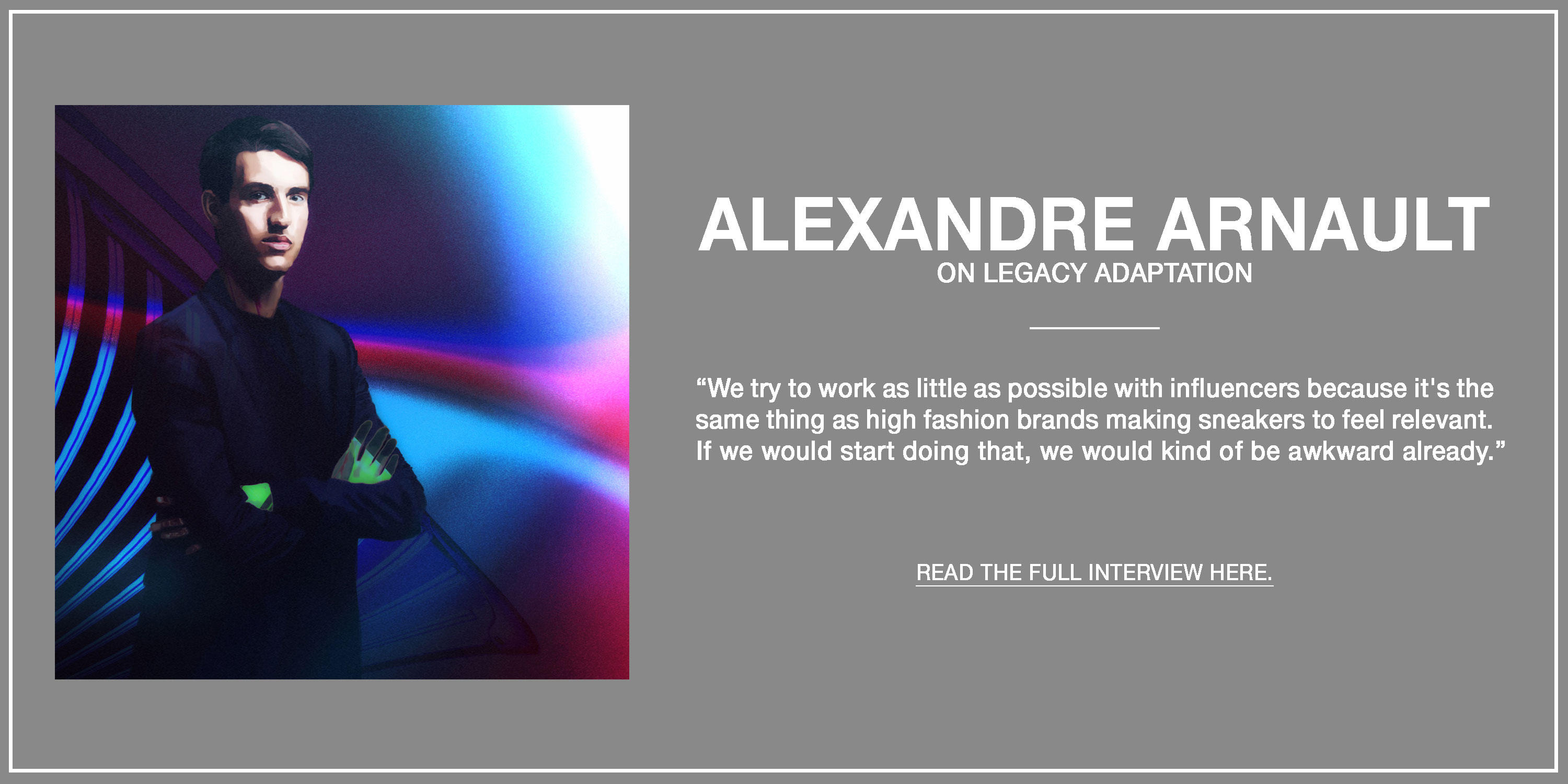 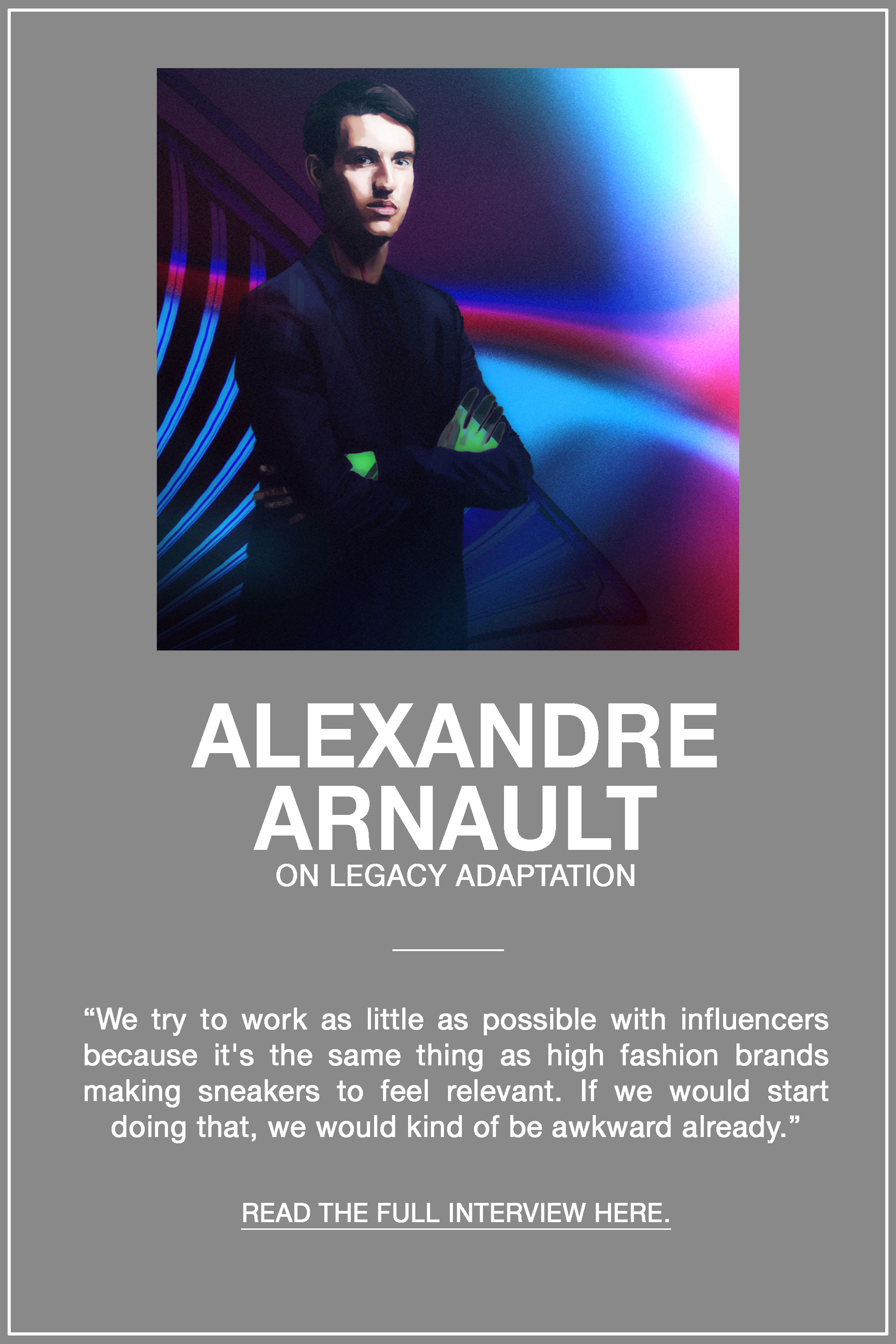 That follows with streetwear’s general trajectory. It wasn’t born on Instagram; even while it’s harnessed the platform’s potential to make streetwear a driving force in fashion, it won’t live and die with Instagram’s rise and fall. Subsequently, streetwear consumers expect those who influence their sphere to have power outside of the platform. It’s that influence that will live on even if Instagram, or any one social media platform, dies out.